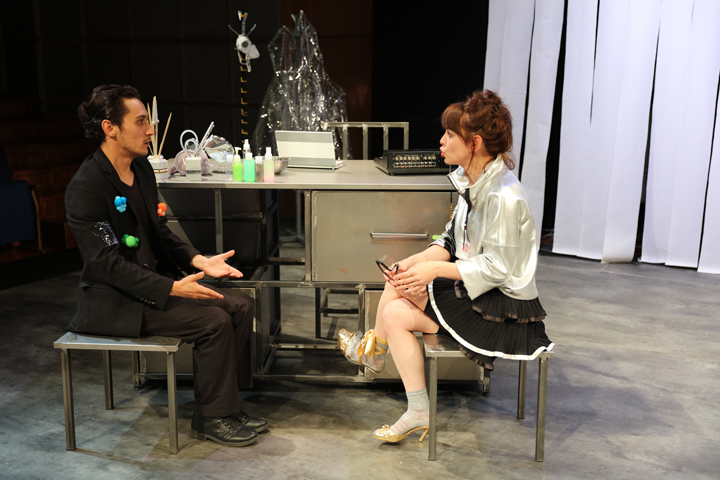 The recently founded Bilkent International Laboratory Theater (BILT) will premiere a new play this evening at the Bilkent Theater Hall. “77. Şube” (Branch 77)  by Barkın Kenan is a dark comedy centered on the fallout, both literal and figurative, from a fictional atomic bombing. The play is being staged in its original language, Turkish.

BILT, an initiative of the Bilkent University Department of Performing Arts, is a professional theater company whose members, including Mr. Kenan, are graduates and/or faculty members of the department; the graduates also teach in the Bilkent “Theater for Kids” program. Plans are afoot to host international guest artists from around the globe as well.

The company’s mission is to premiere new plays in this country, with an emphasis on promoting and encouraging the work of contemporary Turkish playwrights. BILT hopes to attract a diverse audience within the Bilkent community and greater Ankara as well as nationwide while also reaching out to the international community at large through performances, tours and published and online media.

“77. Şube” is set in a fictional country, five years after an atomic bombing. The country’s king has done his best to ease the suffering of his people, putting the Multipurpose Company into action to protect them from the aftereffects of the nuclear assault; the company has won over the population with its efforts. But a terrorist attack in a rural district, Branch 77, results in outrage and condemnation, as cries of “Down with the sellouts! Down with the traitors! Down with the murderers!” echo throughout the land.

The general artistic director of the production is Jason Hale, chair of the Department of Performing Arts. The play was written and is being directed by Barkın Kenan, with set design by Özlem Gezgin, original music and sound effects by Mert Moralı, video production by Berkay Özdemir, voiceover by Serdar Kayaokay and lighting design by Yılmaz Ertekin.

Students taking GE250–251 who attend the play will receive 20 points for the course. Tickets may be purchased via bilet.bilkent.edu.tr.

Small Craft Warnings is making its premiere on December 12 in Turkey and Bilkent Theatre.