A new production of Arthur Schnitzler’s play “La Ronde,” staged by Department of Performing Arts students as a senior project, had its premiere on December 6 in the Faculty of Music and Performing Arts Theater Hall. The play will run through December 27. 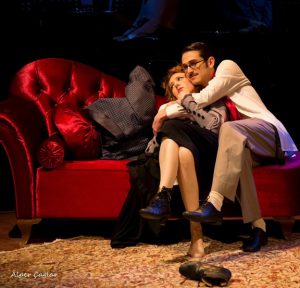 Schnitzler, an Austrian author and dramatist, wrote “La Ronde” (“Reigen” in the original German) in 1897. The play, set in Vienna in the 1890s, looks at the sexual morals and class ideology of its day through a series of encounters between pairs of characters, from royals to sex workers. Controversial for its provocative subject in its own period, “La Ronde” has since been adapted for film, TV and opera, and has inspired many contemporary plays with its unique dramatic structure. 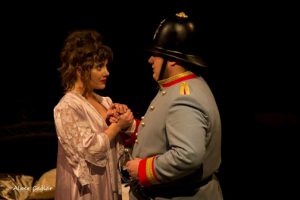 The play is recommended for audience members age 18 and over. Remaining performances will take place on December 13, 20 and 27 at 8 p.m. in the FMPA Theater Hall. Bus service will be provided from the FMPA building to Tunus Street in downtown Ankara following each performance.

New Theatrical Venture to Premiere a New Play This Evening