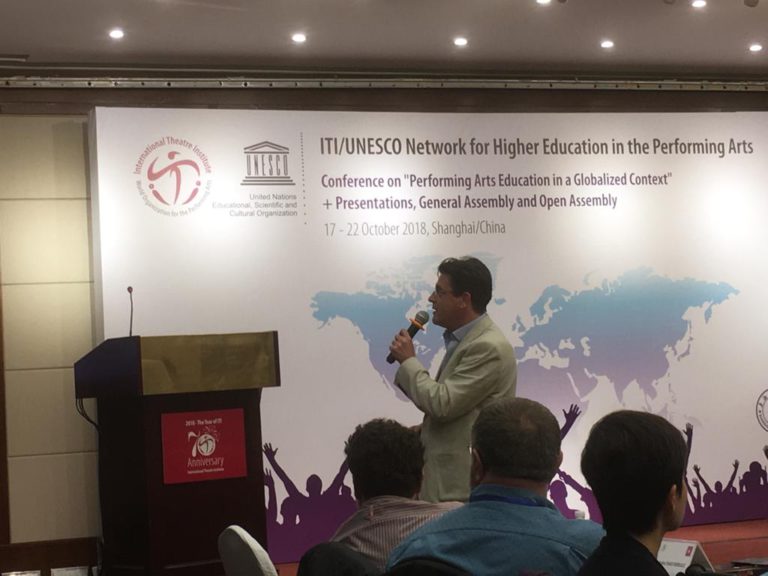 The Bilkent University Department of Performing Arts has become a permanent member of the ITI/UNESCO Network for Higher Education in the Performing Arts, enabling it to collaborate with more than 40 theater departments around the world. The network is an initiative of ITI (the International Theatre Institute), UNESCO and participating higher education and research institutions.

The Bilkent performing arts department’s membership was announced following a presentation by the department’s chair, Asst. Prof. Jason Hale, at a conference on “Higher Education in the Performing Arts in a Global Context,” held in conjunction with the second General Assembly meeting of the ITI/UNESCO Network. The conference and meeting took place October 17–22 in Shanghai, China, hosted by the Shanghai Theater Academy, with which the Bilkent Department of Performing Arts has conducted an exchange program since 2016.

The ITI/UNESCO Network’s main focus is higher education in the performing arts, with the aim of exchanging knowledge and best practices regarding different methodologies for education in this field. Other members of the network include École Supérieur des Arts (Belgium), Escuela Nacional de Arte Teatral (Mexico), Georgetown University (USA), Institut del Teatre (Barcelona, Spain) and Toho Gakuen College of Drama and Music (Japan).